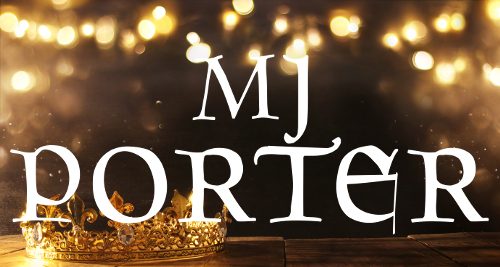 Today (29th October) sees the release of Lady Estrid – a novel of eleventh-century Denmark. It’s not an addition to the Earls of Mercia series, but readers will certainly recognise many of the main players, even if their story is being told from a different point of view.

I’m going to be taking Lady Estrid on a blog tour, starting next week (November 2nd), and there will be some exciting excerpts, author interviews and inspiration posts, so look out for the posts.

Right now, I’m going to share the blurb with you.

United by blood and marriage. Divided by seas. Torn apart by ambition.

Lady Estrid Sweinsdottir has returned from Kiev, her first husband dead after only a few months of marriage. Her future will be decided by her father, King Swein of Denmark, or will it?

A member of the ruling House of Gorm, Estrid might not be eligible to rule, as her older two brothers, but her worth is in more than her ability to marry and provide heirs for a husband, for her loyalty is beyond question.

With a family as divided and powerful as hers, stretching from England to Norway to the land of the Svear, she must do all she can to ensure Denmark remains under the control of her father’s descendants, no matter the raging seas and boiling ambition that threatens to imperil all.”

Lady Estrid is available as an ebook and a paperback, and I hope you’ll enjoy it.

Today, I’m excited to host the blog tour for the fantastic new release, Sons of Rome, by Gordon Doherty and Simon Turney.

As twilight descends on the 3rd century AD, the Roman Empire is but a shadow of its former self. Decades of usurping emperors, splinter kingdoms and savage wars have left the people beleaguered, the armies weary and the future uncertain. And into this chaos Emperor Diocletian steps, reforming the succession to allow for not one emperor to rule the world, but four.

Meanwhile, two boys share a chance meeting in the great city of Treverorum as Diocletian’s dream is announced to the imperial court. Throughout the years that follow, they share heartbreak and glory as that dream sours and the empire endures an era of tyranny and dread. Their lives are inextricably linked, their destinies ever-converging as they rise through Rome’s savage stations, to the zenith of empire. For Constantine and Maxentius, the purple robes beckon…

Sons of Rome is the sort of historical fiction book that really appeals to me – people that really lived, having their story told, often against a backdrop of profound change.

The story is told from the point of view of Constantine and Maxentius. They meet as youths, and while their chance meetings are rare throughout the rest of the book, they have far-reaching consequences, as they both grow to adulthood and are forced into situations they probably never thought possible.

I loved the alternate chapters assigned to Constantine and Maxentius. It means that the reader never feels far away from the characters, and lends an ‘immediacy’ to their ‘friendship’, which wouldn’t be possible to achieve because they are so often apart.

The book is mired in politics – again a bit of a favourite of mine – and even though I had no prior knowledge of the time period, I could easily understand what was happening, and I think this is a particular strength of the story. The characters never feel distant or difficult to understand.

I would highly recommend Sons of Rome and look forward to reading Book 2.

On a personal note, as someone who writes historical fiction, I know just how complex and difficult it can be to ‘tame’ a coherent narrative from the past. I think the authors do an amazing job of making the events feel real and easy to understand, while picking the strands of the story, and the ancillary characters, that are needed to flesh out the distant past.

Thank you to Netgalley and the publisher for my review copy, and for inviting me on the Blog Tour. I’ve really enjoyed it.

Simon Turney is the author of the Marius’ Mules and Praetorian series, as well as The Damned Emperor series for Orion and Tales of the Empire series for Canelo. He is based in Yorkshire.

Gordon Doherty is the author of the Legionary and Strategos series, and wrote the Assassin’s Creed tie-in novel Odyssey. He is based in Scotland.

Sons of Rome was released on 15th October, and I would give it 5/5 stars. It’s a great read. (Isn’t the cover fantastic?) And the cover for Book 2 is also amazing.

“Separated by anger and unanswered questions, Byrhtnoth and Saewynn are brought together by a tragic death.
Re-united, they set out on an epic voyage to discover the final truth about his father.
The journey takes them far to the north, to Orkney, swathed in the mists of treachery, and to Dublin’s slave markets where Byrhtnoth faces a fateful decision.
How far will he go, to save those he cares for?”

First things first, Bright Helm is book four in a tightly woven series about young Byrhtnoth, more famous for dying at the Battle of Maldon in AD991, than for anything else. But, he must have had a life before that fateful battle and the author has devised an intriguing and engaging story about his youth, weaving the tale through known historical ‘fact’ of the 940’s and 950’s in Early England.

This is a time period that I’ve also written about and studied, and I have been lucky enough to have early access to Bright Helm, as well as other books in the series. I’ve enjoyed arguing about plot developments and also taken fresh insight from decisions made for the characters. It’s strange to have ‘your’ characters in the hands of someone else, but hey, this is historical fiction, these characters belong only to themselves and the author who writes about them.

What I really enjoyed about Bright Helm was the journey Byrhtnoth has to make. Along the way, he encounters any number of ‘historical’ characters, and winds up visiting both the Orkney Islands and Ireland. I love the Orkney Islands, and I could ‘see’ everything that the author described in such detail.

The book really gather pace as it roars towards its end and I found myself, and this doesn’t often happen in books where I know so much of the back story, just relaxing and allowing the story to unfold without worrying that I might not like it. As I said to the author, I found that she really found ‘her stride’. The pacing was sound, the story thoroughly intriguing, and well, I’m just looking forward to the next book (which might be the last in the series) to find out how it all ends.

I highly recommend this book, and if you’ve not read the earlier books in the series, I believe you could jump in with Book 4, or enjoy starting at the very beginning.

Bright Helm is released today, 15th October, and is available in ebook and paperback.

(Some links on this blog are Amazon affiliate links)